Drury Inn & Suites Dayton North
Xem tất cả chi tiết
Sạch sẽ
9,3
Thư thái
9,3
Địa điểm
9,3
Dịch vụ
9,3
Nhân viên
9,5
Tổng quát 9,2 Tuyệt hảo
Dựa trên 387 đánh giá
Tất cả đánh giá
Sạch sẽ
9,3
Thư thái
9,3
Địa điểm
9,3
Dịch vụ
9,3
Nhân viên
9,5
Tuyệt hảo 10,0
Ưu: It was clean, staff was friendly and they served warm dinner and breakfast included with the stay.
Tuyệt hảo 8,2
Ưu: Location was convenient for early morning flight. My son had a flight as an unaccompanied minor and the extra time needed for paperwork is understandable but it was a 6am flight.
Khuyết điểm: There wasn't anything out for breakfast before we left because of the early flight. Additionally, they closed the pool precisely at 10p. They cited security reasons for the promptness but it sounds a bit unnecessary. We weren't able to take part in any of the 'added conveniences' due to our circumstances.
Tuyệt hảo 9,3
Ưu: The staff were very pleasant. It was a great value for me and my kids. Breakfast and evening food were great. Popcorn in the afternoon was an unexpected bonus!
Tuyệt hảo 10,0
Ưu: Service, food, cleanliness, the total experience was excellent! 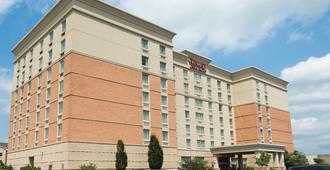 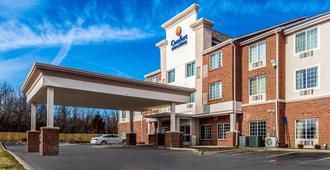 Đã cho điểm #5
Hampton Inn & Suites Dayton-Vandalia
8,6
Tuyệt hảo 8,6
Dựa trên 47 đánh giá
Chi tiết
Đánh giá
3.531.041₫
Xem Deal
TownePlace Suites by Marriott Dayton North
Xem tất cả chi tiết
Sạch sẽ
8,8
Thư thái
8,9
Địa điểm
8,7
Dịch vụ
8,5
Nhân viên
8,9
Tổng quát 8,4 Tuyệt hảo
Dựa trên 42 đánh giá
Tất cả đánh giá
Sạch sẽ
8,8
Thư thái
8,9
Địa điểm
8,7
Dịch vụ
8,5
Nhân viên
8,9
Bình thường 2,0
Ưu: Not much!
Khuyết điểm: Dated and badly worn furniture, especially chairs and sleep sofa. In real need of repair and updating. Clearly not in keeping with Marroitt's high standards.
Tốt 6,2
Ưu: Breakfast was good. Room was clean.
Khuyết điểm: They accidentally checked someone else in under my reservation and then changed my reservation to only be for 2 nights instead of 5 so that half way through my stay they were saying I was supposed to check out. I had to get my email confirmation showing that I was booked for 5 days. Then when the Marriott rewards were applied I only got 2 nights credit in my account and had to get that fixed as well. Overall a very poor experience and lots of wasted time. If they would have checked the ID of the person they checked in it would never have happened.

Đã cho điểm #7
Courtyard by Marriott Dayton North
8,1
Tuyệt hảo 8,1
Dựa trên 268 đánh giá
Chi tiết
Đánh giá
4.269.560₫
Xem Deal
Comfort Inn & Suites
Xem tất cả chi tiết
Sạch sẽ
8,0
Thư thái
8,0
Địa điểm
8,2
Dịch vụ
7,7
Nhân viên
8,4
Tổng quát 8,0 Tuyệt hảo
Dựa trên 169 đánh giá
Tất cả đánh giá
Sạch sẽ
8,0
Thư thái
8,0
Địa điểm
8,2
Dịch vụ
7,7
Nhân viên
8,4
Tuyệt hảo 8,2
Ưu: We were on the third floor in the corner. It was nice and quiet and didn't hear the highway traffic. Breakfast of eggs and sausage plus more was good.
Khuyết điểm: There wasn't enough seating area for breakfast.
Tuyệt hảo 8,8
Ưu: The room was clean, spacious, and comfortable.
Khuyết điểm: I didn't like having my name on the receipt with a different credit card number and an unknown address. It turns out that because I made the reservation online, the credit card number and address were from Priceline.
Tuyệt hảo 10,0
Ưu: The beds were comfortable and the hotel was clean. We always stay at Comfort Inns when we travel. This hotel is an example of why.
Khuyết điểm: N/a
Tốt 6,5
Ưu: Very clean! Easy to get to - Nice staff - indoor pool
Khuyết điểm: Dark depressing old expensive for what it was I think something must've been going on in town for the rates on everything around there to be so high
Tuyệt hảo 9,4
Ưu: It was very clean and updated. Staff were really nice. We had a late check in after driving for 10 hours and all our check in paperwork and key cards were already ready for us when we got there.
Khuyết điểm: None - it suited our needs perfectly.
Tốt 7,7
Ưu: clean room
Khuyết điểm: smelled funky
Tốt 6,5
Ưu: Beds are comfortable and rooms are clean. Set up of room is logical
Ổn 5,7
Ưu: The staff was responsive to taking care of problems. But, they should not have occurred in the first place.
Khuyết điểm: Upon arrival either kayak or the hotel had lost our reservation fortunately I had a copy of the confirmation. When we arrived in the room the room appeared to be acceptable after turning down the bed I discovered the sheets had not been changed from the previous occupant this is something I find completely unacceptable. To their credit the staff did changes to another room
Tốt 6,2
Khuyết điểm: No smoking room had a musty almost smokey odor. Woke with headache.
Bình thường 2,8
Khuyết điểm: The entire hotel was run down and dirty. Our bed sheets were stained and everything seemed to have a layer of dust on it. Also the air conditioning would not work and the room was very hot. We would never suggest anyone to stay there. Definitely not a 3 star hotel!

Đã cho điểm #8
Comfort Inn & Suites
8,0
Tuyệt hảo 8,0
Dựa trên 169 đánh giá
Chi tiết
Đánh giá
1.938.611₫
Xem Deal
Extended Stay America - Dayton - North
Xem tất cả chi tiết
Sạch sẽ
8,0
Thư thái
8,1
Địa điểm
8,9
Dịch vụ
8,0
Nhân viên
8,2
Tổng quát 8,0 Tuyệt hảo
Dựa trên 111 đánh giá
Tất cả đánh giá
Sạch sẽ
8,0
Thư thái
8,1
Địa điểm
8,9
Dịch vụ
8,0
Nhân viên
8,2
Tuyệt hảo 9,1
Ưu: I am a Dayton native, so I can say that you cannot beat this location. It is on 75, and an exit from 70. That gets you just about everywhere you need to be in the greater Dayton area. About 15mins from downtown, 20 to WSU or UD, about 20mins from one of the 3 malls. But of course, the selling point is all the restaurants in the area.
Khuyết điểm: Parking was kinda tight, and travelling to and from the hotel can be a nightmare because of all the restaurant traffic. The facility was good, but the TVs and cable service was not very good. I know it's a small thing for some.
Tuyệt hảo 8,0
Khuyết điểm: No swimming pool
Ổn 5,1
Ưu: Great location and price. I found that there was enough parking, and it was easy to jump in the car and head to the city. Lots of dining options on the street, too.
Khuyết điểm: Room is very outdated and no attempt at decoration. Carpet was wet with some unknown liquid. The bathroom sink barely drained. The "breakfast" is little more than a kiosk with oatmeal and lukewarm water. This is minimalist as far as hotels are concerned, but the price is lower than others in the area. 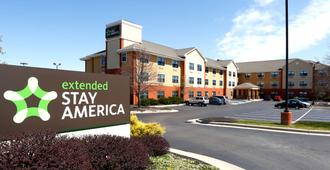 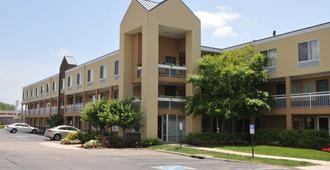 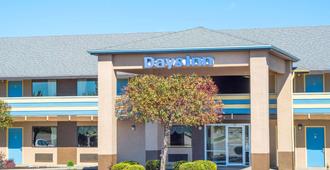 Đã cho điểm #11
Days Inn by Wyndham Dayton Huber Heights Northeast
7,1
Tốt 7,1
Dựa trên 187 đánh giá
Chi tiết
Đánh giá
1.453.958₫
Xem Deal
Quality Inn Dayton
Xem tất cả chi tiết
Tổng quát 6,7 Tốt
Dựa trên 97 đánh giá
Ổn 5,7
Khuyết điểm: hot tub shut off re. chemicals and I booked the place BECAUSE it had a hot tub.
Tuyệt hảo 8,2
Ưu: We went for an overnight fun night so our son could go swimming and just enjoy being out of the house after a long spring break. The staff was professional. The room was clean and comfortable. The temperature of the pool was just right. Great location. Waffles at breakfast were good.
Khuyết điểm: I could only find an ice machine on the first floor. There were no elevators. The pool's chlorine level must've been pretty high because it made my eyes water. The hot tub was even worse. The eggs at breakfast were not good.
Ổn 5,3
Ưu: friendly staff, comfortable beds
Khuyết điểm: air conditioner did not work on a very hot day 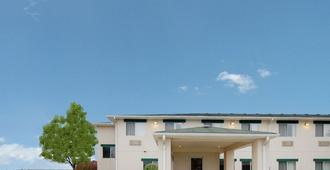 Đã cho điểm #12
Quality Inn Dayton
6,7
Tốt 6,7
Dựa trên 97 đánh giá
Chi tiết
Đánh giá
2.307.870₫
Xem Deal
Red Roof Inn Dayton North Airport
Xem tất cả chi tiết
Sạch sẽ
6,5
Thư thái
6,8
Địa điểm
7,5
Dịch vụ
6,4
Nhân viên
7,9
Tổng quát 6,7 Tốt
Dựa trên 509 đánh giá
Tất cả đánh giá
Sạch sẽ
6,5
Thư thái
6,8
Địa điểm
7,5
Dịch vụ
6,4
Nhân viên
7,9
Ổn 5,4
Ưu: Friendly staff
Khuyết điểm: Dirty sheets and shower. Dried urine on the floor around the toilet. Hair in shower and sink.
Ổn 4,2
Ưu: Room was clean enough although smelled a bit musty
Khuyết điểm: Sketchy part of town, was a female traveling alone and was a bit scared to sleep there
Tuyệt hảo 8,0
Ưu: convenient to I-70/75; comfortable beds
Khuyết điểm: room smelled strongly of smoke; road noise and parking lot construction
Bình thường 2,0
Ưu: Nothing about this hotel was appealing, other than it was cheap. The TV did work as did the shower but not much else went well.
Khuyết điểm: This was sold as a non-smoking room, it clearly was not. The room stunk of cigarette smoke and it was everywhere. The walls even smelled of smoke. The manager was not willing to do anything about it other than offer 15% off our next stay. That is useless as we do not intend on using a Red Roof Inn again.
Bình thường 2,0
Ưu: Staff
Khuyết điểm: Room smells really bad although i took "100% Smoke Free"
Bình thường 3,4
Ưu: Proximity to airport and restaurants.
Khuyết điểm: Staff seemed a bit lost. Room smelled dirty and moldy. Comforter was stained. Gnats and flies in the room. Stained counter top beside sink. Numerous light bulbs were shot.
Tốt 6,5
Ưu: Room was fairly clean, good TV, clock radio worked ok, shower was good.
Khuyết điểm: They gave us a handicapped unit (which we didn't ask for) that had virtually no counter space in the bathroom. We had to use the floor. Also, when we arrived at the motel in Dayton, we went to the office to check in at about 6pm on Saturday evening. There was no-one in the office and the door was locked. We had to wait nearly 15 minutes (it was very cold outside) until the clerk showed up. By that time there were three customers waiting to get in. She had been out at one of the units trying to fix the lock mechanism. There was no-one else on duty. If I hadn't already pre-paid for the room on line, I would have left to find another motel. I'm not sure if I'll be back to Red Roof because of it.
Ổn 5,1
Ưu: Right off the interstate. Plenty of restaurants and stores near by. Room was dated, but clean.
Khuyết điểm: Lots of shady looking people hanging outside there rooms drinking into the night.. DID NOT FEEL SAFE!!! After normal business hrs front desk has to buzz you in to the lobby like a prison. Booked on Kayak, but charged by Red Roof Inn. They did issue a refund, but it takes at least 3 business days to process the refund. I would not stay here again! 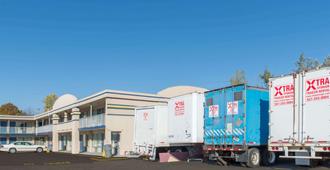 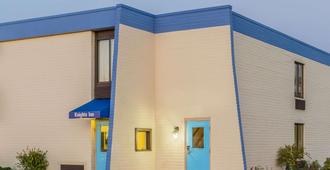