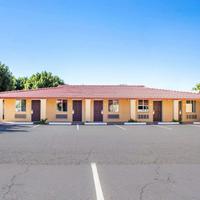 “The location was nice”
“The lady at the front desk was so very nice.”
“Overall experience was awesome”
“Nothing at all. Grossed out to the max.”
“Price was the only good thing about the hotel stay”