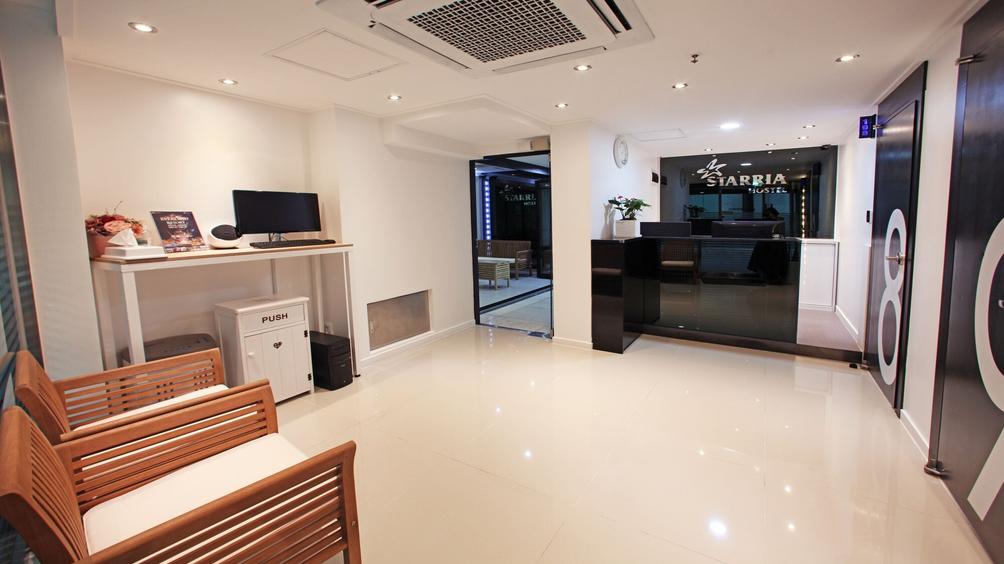 “Everything was super good except for corona virus . It wasn’t noisy or dirty . I had everything I needed . I could ask the owner and he was really responsible . I liked it very much .”
“The location was superb! Nearby Myeondong Station and abundance of Halal Foods! It's a bit uphill but no stairs. So you can just push or drag your trolley bag. It's like 5-10 minutes walk from Myeondong Station. The room is big enough for two of us to move freely. Also spacious enough to open 2 medium size of luggage / trolley bag. They have common area and serve free breakfast (breads, jams, cereal and milk). They provide laundry service for a fee of 3000 won per bag (the plastic bag is provided). Hot water is working and the floor also heated. Good enough to stay warm during winter. Good coverage and internet speed. They also have a lift so no hassle to bring your huge luggage up to the room. The guy, John speak good english and we can understand him well. The girl not so much but no worries google translate are there to help. She is kind enough to book a taxi to airport for us with a fee of 60,000 won payable to the taxi driver.”
“It’s very close to Namsan Tower and Myeongdong shopping area that’s why we ended up going out everynight ”
“The room is clean. They also allowed us for self check-in because we arrived late.”
“I can see the Starria being a fine place to stay if you're only planning to be there for a night or two - however, we stayed there for over a week. The property has an undeniably good location, very close to the Myeong-dong markets and Seoul Tower as well as multiple bus stops and the train line. They have various promotional material for tourists that can get you some nice deals and inform you what's around. The traditional clothes that you can try on is a nice bonus. Wifi also works fine in both the lobby and rooms. Breakfast is serviceable, though very limited.”