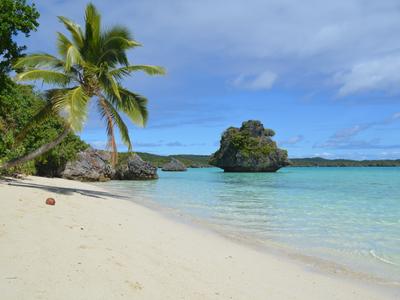 Khuyết điểm: "I have encountered missing documents before departure in Singapore to KL. The check in crews very helpful, their knowledge to assist me boarding smoothly. My appreciation towards all crews who have helped me this morning ( SQ106) Big THANK YOU to you ALL."

Ưu: "The service was outstanding! All of the flight attendants were amazing!"

Ưu: "Entertainment system was new and easy to use. Seats in premium economy were quite comfortable."
Khuyết điểm: "A vegetarian / pescatarian option on the menu would have been nice but other than that, all good."

Khuyết điểm: "This time Singapore Airlines Staff seem to be not so helpful. Previously they were happy to help with smiling face and approachable immediately. This time in spite of asking for help in the cabin no one turned up even after multiple requests. I could only get help when someone one walks next to me."

Ưu: "This was the most comfortable business class mid haul flight I've ever taken."
Khuyết điểm: "Absolutely nothing went wrong."

Khuyết điểm: "without any possibility to call back. or to call again while being late, when arrived with plenty of time before departure. nobody was on the gate. when tryed to do all myself whithin minutes tsa didnt bother to speedup process and it took forever. i missed my flight literally in seconds."

Ưu: "Basics are covered. TV screen is big but otherwise nothing special."
Khuyết điểm: "It is so annoying they want you to pay an extra $20 to pre book any seat. If you need the extra $20 that much, charge me in the original fare! Don't nickel and dime me. At check in they couldn't even get my child seated beside me although a change was made last minute at the gate. Every other airline I've flown recently was better. Sri Lankan and Emirates FAR better service."

Ưu: "Arrived"
Khuyết điểm: "Boarding a mess, 30% boarded as "business". Food terrible. Entertainment system doesn't work on a lot of seats as plane is very old. Cabin crew not able to handle the passengers, delayed in every aspect and forget to serve passengers. Shitty flight and service."

Khuyết điểm: "Hostesses not so pleasant"

Ưu: "The cabin crew was awesome.. they are for sure the super stars of the company... I wish all of them all the very best for a very bright future"
Khuyết điểm: "The service of the airlines is impeccable. But the ground staff near check in were not so. I hope they were a little considerate as I was travelling for a family emergency and had to take all my stuff back as I wasn’t sure what date I would return back. I was over weight but wish they had considered a lil as had to pay an other $300 extra.."

Ưu: "The flight was carried out by Lufthansa. The staff was very polite and helpful."

Ưu: "I love traveling on Singapore airlines. They have excellent service and always on time. Their entertainment system is very good. I won't say excellent as I've seem Emirates and they still have along way to go to catch up."
Khuyết điểm: "They did not give us the landing cards and we had to fill them in at the airport. Many were like us and I am surprised. Also for business class passengers they don't get into a priority lane as you see in Emirates and other airlines. while Singapore airline is very good, they still lack in the details."

Ưu: "AMAZING IN EVERY WAY. PLANES ARE OUTSTANDING SERVICE IS OUTSTANDING INFLIGHT STAFF ARE EXTREMELY POLITE AND FRIENDLY AND ELEGANT!:)) AIRPORT IS SUPERB THIS IS MY FAVORITE AIRLINE!"
Khuyết điểm: "THE WEBSITE LISTS PRICES IN SINGAPORE DOLLARS AND IT IS ONLY IN THE FINAL STAGES OF A BOOKING IS ONE TOLD WHAT THE US $ PRICE IS. THIS NEEDS TO CHANGE. WHEN YOU CALL SINGAPORE AIRLINES THERE ARE VERY LONG WAIT TIMES."

Ưu: "Entertainment even in economy class was excellent -- tons of movies, games, etc. Cabin crew were friendly. Bathroom was very large."
Khuyết điểm: "In economy, seating was incredibly tight (very little legroom) and at least in my seat, very little reclining. For a 14 hour flight through the night, it made it very difficult to actually get any rest. Food was OK."

Ưu: "everything is perfect"
Khuyết điểm: "the food on Silk Air can be better"

Khuyết điểm: "The crew was rude when asking me to window shed."

Ưu: "We started taxing 15 minutes before the departure time. This is great !"
Khuyết điểm: "not much"

Ưu: "Some of the Korean food was tasty The flight wasn't full so we had a spare seat between us, That made economy barely tolerable."
Khuyết điểm: "The seats in economy are now Way TOO SMALL! You better start calling Economy - "Stearage"! Food was not as good as on past flights with SA. Movie selection not as good as past SA flights. Earphones supplied are horrible!!!"

Ưu: "Best serves ever will fly every time"

Ưu: "Clean aircraft. First rate and very attentive cabin staff. High Quality food and mid flight snacks. Its clear a lot of thought has gone into the making and running of this airline. My first experience and quite frankly I will fly SIA whenever possible."
Khuyết điểm: "Cabin was to me a little warm during initial taxi at LAX. But not overly so."

Ưu: "The hot towels. The meals were good. The entertainment screen was great, and a great selection of movies and TV."
Khuyết điểm: "Don't change anything!"

Ưu: "We did not die in a hellacious ball of flame Aviation incident!"
Khuyết điểm: "Bulkhead seating (required for bassinet) Row 41, my seat was practically in the aisle. No where to put my feet without getting trodden on by everyone! Broken entertainment screen, would not stay upright, due to several hundred thousand past passengers bashing into it after having first trodden on the unfortunate passengers feet! Crew unresponsive with drink and food requests, I had to ask for services multiple times on several occasions. Pressing my 'attendant button' my light was lit for 10 minutes before a crew member noticed. My first trip on Singapore, my expectations were not met. Shame"

Ưu: "Excellent experience as usual by SIA."
Khuyết điểm: "The plane is a bit aged in SIA standard. No USB charging. IFE screen is not bright enough."

Ưu: "No fuss flight but lacking that something extra"

Ưu: "The attendants were helpful, smiling and friendly. The entire time We flew with an 18 month old and they came looking for us before he flight to help us carry our stuff on board. They gave her a toy, asked for her name, and checked on us often. They also gave my husband and I an option for early food service so that one of us could help our daughter eat. The movie selection was great. Take off, flight and landing were smooth. And we arrive half an hour early both directions!"
Khuyết điểm: "Nothing"

Ưu: "We had the BEST FEMALE flight attendants, they were soooo helpful and one of them came and wrote down my kids' names so she can call them by their names, and they got to choose the food and got theirs early so I was able to help them before mine arrived which was super thoughtful! Food option was pretty good and lots of shows and movies to choose from. Getting ice cream was such a treat for my kids!"
Khuyết điểm: "The male flight attendants were kind of annoying, they were trying to be funny but didn't work so they just came off arrogant and annoying!"

Khuyết điểm: "The video screens need to be upgraded"

Ưu: "The crew, the food and the comfort was fantastic. I was in economy and even with a full flight I was still comfortable."
Khuyết điểm: "It would have been nice if wifi was free considering it was such a long flight"

Ưu: "loved the hot towels and the entertainment provided"