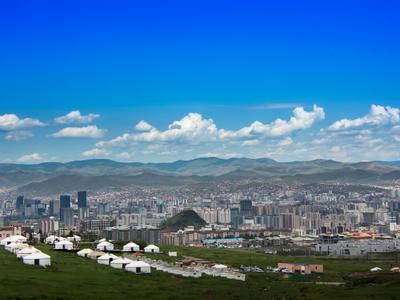 Khuyết điểm: "It would be great if you could serve warm food instead of bread."

Ưu: "Pilots were good, they provided a smooth ride."
Khuyết điểm: "Nothing better than other competitors (Qatar Airlines). Turkish Airport had poor washrooms and seatings (not expected from a European country). Flight from Turkey to Pakistan was without earphones, you had to beg for it. Less professional airline crew."

Khuyết điểm: "I will never forget Turkish airlines again. They stole our money. We were at our flight on time but they wouldn't let us board. They then said we were no shows and cancelled all our remaining flights with no refund. This ended up costing us around $3000. We don't have this kind of money and I don't know how we will pay rent next month."

Ưu: "I love the food and the movies"

Ưu: "Crew were polite and helpful"
Khuyết điểm: "Seats were especially cramped and tight and leg room was uncomfortable and I am a short person."

Ưu: "Fantastic journey no problems at all thanks kayak....."

Ưu: "MOST OF THE MEALS ARE VERY GOOD EXCEPT PASTA DISHES."
Khuyết điểm: "PASTA DISHES ...MAIN AND SNACK ARE TRULY BOTTOM OF THE BARREL. TASTELESS JUNK. WHY NOT FIND SOME OTHER DISHES IF YOU CANNOT MAKE PASTA EDIBLE"

Ưu: "The food is the only good mentioned"
Khuyết điểm: "Turkish airways is becoming delaying flights without any justification, that makes that every flight connection That I tried to make the laat two trips were lost , nobody tell you , unfortunately the poor client oriented services do not provide other alternatives, you as a passenger must be advising them how to solve your issues. Shame that they are loosing passengers based in their total lack of support"

Ưu: "The flight itself was fine."
Khuyết điểm: "The flight was delayed about an hour. Prior to that I had a 10 hour layover at the Istanbul airport. As this is busy 24 hours per day there are times that it is difficult to even find a seat to relax in let alone a spot to lay down."

Ưu: "The seat was comfortable."
Khuyết điểm: "The entertainment system was not working"

Ưu: "Food—though not much of it! If you’re asleep, good luck getting any food afterward. They were out of breakfasts after I awoke. Didn’t they count the reservations?"
Khuyết điểm: "Restrooms dirty, cabin dirty—no owriodic seeeps, staff that makes no effort to interact. They appear frantic and overworked. sure hope the pilots are more engaged than everyone w Turkish Air"

Ưu: "I liked everything."

Ưu: "On Time Entertainment system"
Khuyết điểm: "Extremely cold, cold air blowing strongly for the whole duration of the flight Had to ask 3 times for a blanket but was not enough though"

Ưu: "I like the food in the air craft it was good, but the crew seemed not wanting to speak inglish The are more willing to serve turkish speakers, They were not even able to solve seat problem. that I and my next seat guy decided to solve the issue by offering our seats to them so that they can sit together, the crew spoke poor english and we were held up by that seat problem, ask that crew member they will tell you what happend, After we gave up our saets to random girls who were also angry about turkish airline, we were able to take off for nairobi And yes the coffee store by the cafe nero and nearly all business refused to give us a wifi And turkish airport offers wifi to only those who have a turkish phone number that is so very low Shame on turkish airline for treating us the give us a free rides we are their bussiness and we will make sure that we stop giving our bussness It looks like they took their customers for granted and we will just tollered it but I will not and many people whom I know will not It is simply desaster... 0% service from the time you come to the airport untill boading time I had to ask about 5 deffrent men to tell me if where I was terminal. One but none of them know what i was saying And at the time my flight was sopposed leave 7:50 so I was freaking out And no one helping at that crtical moment I finaly got the delay flight info after running somany times up and down the road"

Ưu: "Our screens didn't work and they wouldn't move us to a business class seat. It was also freezing, everyone was complaining, I even got sick. It's the worst. Will never travel again with them"

Ưu: "We were happy about everything on the flight. The flight crew was attentive, the food was good, and the baggage came to the pickup carousel quickly."
Khuyết điểm: "We liked everything."

Ưu: "I love getting a drink and sandwich on a one-hour flight!"

Ưu: "I like everything the staff, the food, the plane was very clean and the entertainment was very nice with lot of options."

Ưu: "Better food and service than other airlines on which I've traveled recently. Loading passengers was disciplined and speedy. Staff very helpful. Istanbul airport is great for a long wait. If you go to a gate waiting area with no flight soon, you can stretch out and sleep. Good English-language bookstore."

Ưu: "Crews were very good.On my trip from SF to Mumbai, I requested Veg food, it was confirmed by your office, but in flight me and my wife did not get veg food.For 13 hours we were left hungry. I did not get whatever I paid for. I want monitory compensation for that."
Khuyết điểm: "As per the comments above"

Ưu: "Excellent price, customer service & we enjoyed it. Thank you."
Khuyết điểm: "Nothing"

Ưu: "Comfortable chairs, the entertainment was wonderful especially for such a long trip."
Khuyết điểm: "It is not the airline but rather Istanbul airport. I would have been more convenient with a little more organization to help the massive amount of people going through the airport."

Khuyết điểm: "TV did not work. Crew said there are a lot of broken TVs and there is nothing they can do."

Khuyết điểm: "I woke up twice due to too warm cabin."

Ưu: "Comfortable seats. Rich food and beverages menu. Rich and updated entertainment on board. Crew is polite and service is good."
Khuyết điểm: "When boarding no air ventilation on board, so air is hot like sauna. After departure air condition is excellent."

Ưu: "Plane had more food space than the previous one"
Khuyết điểm: "They always ran out of food options."

Ưu: "Free blockbuster movies. Two meals. And a in-flight comfort bag that included a variety of things including, an eye mask and slippers. Always came around with drinks."

Ưu: "The seat was comfort"