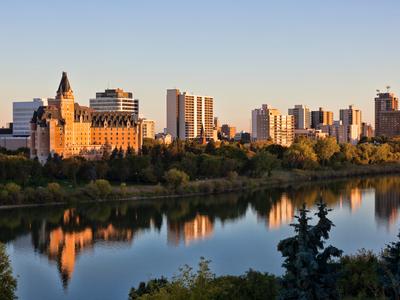 Ưu: "All the staff were very helpful, even having boarding passes ready for us for our Vancouver connection to Portland."
Khuyết điểm: "I'm 6' 7", so for me, economy-class seats are usually the closest I come to being tortured. The food was just OK - not what I normally eat but I'm sure it's fine for others."

Khuyết điểm: "My flight was late arriving in Toronto no fault of mine then the aircanada security took over an hour to get through then they had been paging me and were rude when I finally made it to the plane again not my fault. Did not deserve the attitude!!!"

Khuyết điểm: "We had a 5:35 am flight and the plane was 1/2 hour late to gate. By the time it got there, we spent over 1 hour sitting at gate loaded up waiting for weather to clear. It was fine when it was supposed to be there. Therefore, this was not initially a weather issue. Our connecting flight is 12 hours after Our schedules flight. I have a 1 year old toddler. Customer service rep less than sympathetic personality."

Ưu: "Crew was friendly and helpful on a very full airplane. They did their best to check on connections to let us know if we were going to miss our flights or not."
Khuyết điểm: "Flight was delayed nearly an hour causing a very tight connection in Calgary."

Khuyết điểm: "AC was late causing a missed connection to YXE. They were unable to rebook us to Saskatoon for two or three days! They offered standby or Edmonton as our only options. We flew to Edmontonand then drove 6 hours in order to get home for work with no sleep. Unimpressed."

Ưu: "Able to Get later flight since original flight cancelled."
Khuyết điểm: "flight delayed 2 hrs because of weather. Staff did not want to reschedule my next connector, just the Toronto flight"

Ưu: "I was able to change my flight to an earlier one saving me from having to wait 6 hours. I did not have to pay extra for changing my flight."

Ưu: "I liked everything. The crew was friendly and attentive and the food was excellent."

Ưu: "Same as above"
Khuyết điểm: "Overall experience with kayak was too poor and I paid a fortune just to have my flight changed, spent 8 hours in Frankfurt transiting no advise from kayak and no way to contact kayak"

Ưu: "Flew Business Class from LAX to YYZ and the flight attendant was great."
Khuyết điểm: "Flew on an A320-200 and the cabin is a bit dated compared to its US competitors. The inflight entertainment system is dated and needs an upgrade and the food offered was mediocre."

Khuyết điểm: "the entertainment system on this leg of the flight didn't work at all! Give me a break!"

Ưu: "the app so you can choose your own movies"
Khuyết điểm: "very crowded. snacks werent very good or healthy"

Ưu: "The flight got me to my destination."
Khuyết điểm: "Cramped seating."

Khuyết điểm: "The seats are small and uncomfortable"

Ưu: "The crew were polite and friendly."
Khuyết điểm: "It was a 3-hour flight, so there was no entertainment."

Ưu: "Entertainment system. Flight crew."
Khuyết điểm: "The flight was delayed which is fine. I attempted to go to the desk for a food voucher but they didn't have enough workers and were focused on getting people with connections onto another flight and told me to wait. When we reboarded, we were offered vouchers for the airport we were leaving that would expire the next day, which is essentially useless."

Ưu: "I was very impressed today when one of the airline stewardess went back into the Terminal waiting area to get a passenger's phone charge she left behind. We were all seated when the passenger noticed she had forgotten it and to her credit she walked back to the front of the plane to ask about retrieving the charge. She was particularly concerned because she had just bought it. She came back to her seat and was told they would see what they could do. To our surprise after the doors were closed, the stewardess came back to hand the passenger her charger. She was very grateful! Well done Air Canada."

Ưu: "I was pleasantly surprised by the professionalism and friendliness of the AC information staff inside the gate area,especially when I was offered an earlier flight by almost two hours. The boarding process went smoothly. The flight crew was friendly, accommodating and efficient."

Ưu: "It was excellent"

Ưu: "The crew was friendly and helpful. The plane had open seats which allowed for greater comfort."
Khuyết điểm: "None of the audio jacks were functional with my headphones. Only purchasable headphones worked (tried several seats and asked other passengers - they had problems too)."

Ưu: "crew was friendly. thankfully the flight was not full, so most people (not me) were able to stretch out on multiple seats in the rear. Food was typical; keeps you alive but that is the best we can say."
Khuyết điểm: "entertainment system offered very limited variety. I think the movies were picked by a 12 year old."

Ưu: "We got home but later then expected."
Khuyết điểm: "Coming home late. Going thru customs took too long. No one to help with directions at Toronto Airport"

Ưu: "The new flight was direct and with Lufthansa to my final destination."
Khuyết điểm: "Air Canada overbooked their Frankfurt to Montreal flight, and they did bot have any seats for me on that plane although I booked 3 months in advance."

Ưu: "It was a quiet flight."
Khuyết điểm: "It's always cold and a shame you have to pay for everything now, even a blanket."

Khuyết điểm: "It was late by an hour and I missed my connection. My flight on the way out we sat on the plane an hour and a half. Once the connection was missed they didn't handle things smoothly at all. I could write a book but it will just get me worked up again."

Ưu: "Getting through customs was very easy."
Khuyết điểm: "The wine is awful ."

Khuyết điểm: "We had to pay for all of our checked baggage. maybe next time we'll fly westjet. Or not bring any clothes with us. Very poor AIr Canada."

Khuyết điểm: "Our inbound flight was two hours late. When connecting through Toronto, they lied to us. They said that the outbound connection was on time, that we'd likely missed it. Then, after standing through their requisite customer service line with only one open desk for two full flights, we were told to sprint through customs. We arrived, breathless to find the connection was delayed. We were told that they don't post the delayed connections for fear that passengers won't run or that U.S. customs will close. Uncommunicative and untruthful, their service is atrocious."

Khuyết điểm: "The system from the beginning was so unorganised ...went 2 hrs earlier even after online check in and it said u need to be there just an hour ..still had to run till the end.. Seat was so uncomfortable ..to add to the agony my luggage didn't arrive and had to wait till evening"

Khuyết điểm: "Video screen was not working both times. And was charged for check in bag. $25. I didnt get it why i was charged even after paying $510 for a flight. I did web checking for inbound flight n had to pay $25 again. Not happy with that at all."

Khuyết điểm: "I didn't like that I did not get home on the original day specified. I didn't like that my luggage was lost because you all directed me to another airline to get home. It was very stressful and exhausting."

Ưu: "the whole process was great. staff at the airport and in flight were all friendly and helpful."

Ưu: "First time on Air Canada - I was pleasantly surprised on how well my flight went... I will definitely travel on Air Canada in the future..."

Ưu: "Shorter flight than expected. Snacks. The baby beside me didn't cry for once"
Khuyết điểm: "My tv had no sound."

Ưu: "Flight was uneventful--just what I like!"
Khuyết điểm: "There was nothing that I can think of.."

Ưu: "Good entertainment, pillows and blankets, friendly staff."
Khuyết điểm: "Very long transfer lines to get to my flight to Philadelphia because in a different country. Food was distributed first to pre-paid passengers, hinting that there might not be enough for all passengers to buy."

Khuyết điểm: "Too hot in the plane"