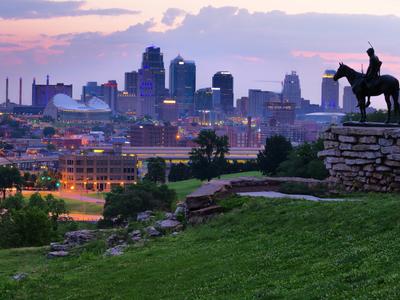 Khuyết điểm: "Great flight everything smooth - the food is fantastic I flew economy and received excellent food. The employees are very friendly and the plane was a recent model Boeing very smooth."

Ưu: "Flight attendants are nice, polite and helpful. We didn’t lose any luggage and intact. Foods are good and plenty"

Ưu: "Crew on ANA is always the best Also custom check in was amazingly fast, I went to the side custom check in by accident (there are two) It took less than 5 minutes, I didn’t not know I had to fill another card to leave japan but it was super easy as there was a person to guide me + basic info"
Khuyết điểm: "Other than chairs being more comfortable nothing really"

Ưu: "The crew is amazing but that is to expect since it was a Japanese crew that operated from Narita."
Khuyết điểm: "The vegetarian food was terrible; unless they mistook my request and did a vegan option. The first meal was an o-k noodle stirfry type of thing but the breakfast was a porridge that had no flavor. Hopefully it was a misunderstanding but worth noting."

Khuyết điểm: "Wheel chair transport requested did not come so I had to wait 15-20 min in Tokyo."

Ưu: "Nothing."
Khuyết điểm: "Old man next to me couldn’t keep his arm on his side."

Ưu: "I like the service. I like the way they checked my back stuff and put back very neat. I’m very happy with your company,"
Khuyết điểm: "No complaints, I would say....ANA the best,!"

Ưu: "Service was impeccable, as usual, from check-in to boarding. Crew was attentive and friendly."

Ưu: "Zero"
Khuyết điểm: "Asked specifically at the ticketing counter not to be seated in a non-emergency row. Were seated in an emergency row. For a 12 hour flight with seats that don't recline and nothing the on-board staff could do about the ticket counter's negligence and bad faith other than apologize. Seated upright for an overnight flight (for the second time on the same trip) for 12 hours. Not a pleasant experience. Had a feeling ANA would be bush league. This trip confirmed those suspicions. It wasn't the crew's fault (though they, unfortunately bore the brunt of my displeasure) so much as the counter's fault, but airlines charging what they are shouldn't be putting passengers or crew in this position. The ticket counter folks literally mislead us. They specifically told us that these were not emergency row seats and that we would have reclining seats and seatback displays in front of us like everyone else. The entire reason I asked is because we got stuck in the last row on the way in with seats that don't recline, which blows for a 12 hour red-eye flight. Instead we got seats that did not recline and a fold out screen that came from the right-hand arm rest. Not the end of the world if one had no choice, but certainly not what I paid for and certainly not what the ticketing counter people stated we were getting (under specific inquiry about the very point). The ticketing counter in particular seems to be skeevy, at best. To the detriment of their own crew, who is left apologizing for things they can do nothing about. As stated, this is a bush league international carrier. Avoid unless you love sleepless nights crossing the international dateline..."

Ưu: "The crew were helpful, attentive and nice. There were vacant seats so i was able to change to a more comfortable seat."
Khuyết điểm: "The food was horrible. The selections for movies is quite limited."

Ưu: "Service and the fact that flight was not full provided for a better experience. Staff was super friendly and attentive. The films were new and tv was big! Food was ok."

Ưu: "The price was cheap ($100 for 2 people), and the service on ANA was great."
Khuyết điểm: "Plane was a bit noisy, and it was a little confusing as to when we could board (but it was okay)"

Ưu: "Been flying with ANA ever since I started living in Japan, and it has always been a pleasure. No complaints whatsoever."
Khuyết điểm: "No problems."

Ưu: "The crew was always around if you needed anything."
Khuyết điểm: "Wifi was slow, expensive, and you’re limited to 100MB instead of unlimited & luggage people broke my top handle on my suitcase, so it’s pain to move it around now."

Ưu: "The staff was so friendly, attentive, helpful and pleasant!"
Khuyết điểm: "14 hours on a a plane is a long time, no matter what :/ but it is amazing to be able to fly across the world in a day! The meal schedule was weird, but after we figured it out, it was fine, and the food was pretty good too."

Ưu: "ANA is a great airline with a decicated group of professional. I love flying with them!"
Khuyết điểm: "Can't think of one thing."

Ưu: "The flight is on time... the food is good... the service is excellent.... the seat is comfortable.... the ludgage regulation is satisfying can bring 2 pcs @ 23kg..."
Khuyết điểm: "The entertaiment film needs more variety..."

Ưu: "The crew were friendly and attentive. The plane was clean and comfortable. Great movie choices."
Khuyết điểm: "The long security lines in Tokyo for transfer."

Ưu: "The staff was so very helpful and nice. Thanks a lot!"
Khuyết điểm: "The great disinter service from the flight attendants made up for the delays."

Ưu: "The service was good. The seats were comfortable."
Khuyết điểm: "I missed the Thai crew. The crew was from Japan. No complaints about them."

Ưu: "Crew was very friendly. All observed interactions with passengers were pleasant and helpful."

Ưu: "Courteous and friendly staff, clean aircraft and on-time schedule."
Khuyết điểm: "There was nothing I did not like."

Ưu: "I could upgrade my seat from a regular economy seat to a premium economy seat about 24 hours in advance. The flight attendants were generally attentive and thanks to the kindness of my ajacent passenger to my left, I could sometimes go to restrooms."
Khuyết điểm: "I usually take an aisle seat, but it was not available this time. Furthermore, my ajacent passenger to my right hand side had cold and often coughed and I myseld caught cold from him during this flight...."

Ưu: "Crew was outstanding Food and service was excellent"
Khuyết điểm: "Inflight entertainment was extremely limited. For a nine hour flight there was limited movies in English. Especially as we had seen most of the movies on the previous flight."

Ưu: "The icecream"
Khuyết điểm: "There was only one choice of meal left when they gave it to me:("

Ưu: "All good"
Khuyết điểm: "nothing"

Ưu: "Flight crew were fantastic. They even took the trouble to clean the toilets regularly. They were spotless!"
Khuyết điểm: "Could do with a little more food."

Ưu: "I was feeling sick and the flight crew checked in on me multiple times, very helpful!"

Ưu: "The choices of Japanese food are delicious and easy to eat on the plane. Staffs are professional and willing to help every time I saw them. Love their smiles."

Khuyết điểm: "Booked 2 tickets to Manila from Vancoucer. Things came up and had to reschedule but would have been over 1000$ to rebook my tickets to a different day. Pretty rediciolius if you ask me. Won't use this service or airline ever again."