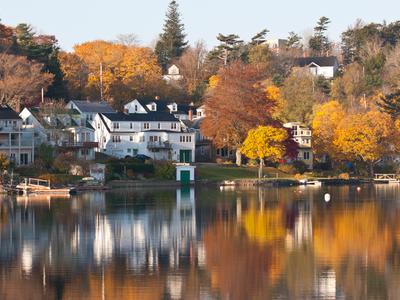 Ưu: "Only check in and boarding was smooth."

Ưu: "Amazing crew and Ground staff. Check in and bag check in was really smooth and fast."
Khuyết điểm: "Maybe some more options of snacks. In flight entertainment was not working so can’t say much about it."

Ưu: "Seat was comfortable as I had the exit row"
Khuyết điểm: "Flight was late by an hour taking off from DXB."

Khuyết điểm: "Travel agency did not notify me that I needed to get a Yellow Fever immunization"

Khuyết điểm: "Notification from the Travel agency that I needed to get a Yellow Fever immunization."

Khuyết điểm: "On the choice of audio entertainment, it uses Stingray which, just like radio broadcast for each category with no choice of album for personal preference, kind of disappointed. I like the previous menu with album choices."

Ưu: "I don’t usually complain, but this was probably my least comfortable flight. Not much that I liked about the flight."
Khuyết điểm: "Compensation or at least an apology for tv screen and air conditioning not working. The flight was hot and boring."

Khuyết điểm: "Toilets were dirty and not enough toilet papers"

Ưu: "It arrived on time."
Khuyết điểm: "The temperature in the cabin was way too cold. People we wearing their jackets and when I mentioned it to the cabin crew member she said a few other people would have to make a similar comment before she could request turning the temperature up. There was also a glitch in the system so that the reading lights for each seat could only be operated by the seat directly in front. The food was very uninspiring and poorly presented. The tea and coffee were awful!!!!!! The choice of movies,etc was very limited. Thank goodness it was a night flight and not too long!"

Ưu: "Staff were friendly and helpful."
Khuyết điểm: "Movie selection was limited although I found one in the lot that I thoroughly enjoyed. As always with Air Canada, you only get the most basic snacks and everything else is extra."

Ưu: "New plane in the excellent condition. Leg room in economy not bad. Crew friendly and efficient. Boarding worked well."
Khuyết điểm: "The main meal was pretty dreadful. Grilled chicken with what I think was mashed potato, but it was difficult to be sure. Watery and tasteless. Accompanied bizarrely by a tomato sauce (which did taste of something). Hard to identify the ethnicity."

Ưu: "Lots of legroom. Great free movies."
Khuyết điểm: "No free snacks. You had to pay for headphones."

Khuyết điểm: "I fly 5+ times a year and I always have to take Air Canada. It isn't by choice. There is ALWAYS a delay or something is broken or the inbound plan had an issue etc. It could be a lot worse but it could be a hell of a lot better."

Ưu: "The steward on the plane was friendly, funny and accommodating to all. He took time to engage some young children before takeoff. Took into consideration who was travelling together and left a positive impression! Plane boarded early and was loaded and ready to roll AHEAD of scheduled take off time."

Khuyết điểm: "Was put on a Turkish airlines flight - landed in India 12 hours AFTER scheduled landing. My luggage did not reach India. After numerous calls got only 1 out of 2 of my bags ; 2nd bag still missing 1 week after landing in India WOW"

Ưu: "I am 6ft 1 / 185cm and the leg room was OK for an economy flight. Food was OK for airplane food. Staff were very friendly. Overall very happy."

Ưu: "The entire boarding process, takeoff, staff were all good."
Khuyết điểm: "The entertainment system went down mid flight and I was unable to finish watching a show. Not happy about this."

Ưu: "staff was great checkin at the airport was a breeze and love the 2 checked free luggage for international flights. food was mediocre but what do you expect, I'm just glad we got 2 meals and 2 snacks. great touch."
Khuyết điểm: "only issue was the fact the online checkin was unavailable to us for some reason which basically left my girlfriend and I sitting in separate rows in between 2 people for 17 hours. entertainment was also pretty lacking with only a few movies available."

Ưu: "Finding my luggage and sending it to me was the best part of this flight."
Khuyết điểm: "Weather was the issue in Toronto on December 29, 2017. However, We're in Canada, Toronto specifically and we've dealt with weather like this NUMEROUS times. For Air Canada to cancel flights 2 times in a row without any further communications with any of us... To tell us when we'd be rebooked, how, etc. is horrible. I work in the transportation industry which is American based and we can handle this much better than Air Canada. Awful... Wendell/Gate Agent said he couldn't rebook my flight until the 31st, but when I got home I called air Canada and she was able to rebook me on the 30th with no issues. Nonsense. Wendell didn't care, he was tired, yawned in our faces like it was acceptable. Awful service. I'm flying with Air Canada on my way from India in the next couple of weeks I hope I get better service. Otherwise, completion will be my only option."

Khuyết điểm: "Flight was delayed My wife and I got separate seats Screen and audio on the entertainment system didn't work"

Khuyết điểm: "Late flight the crew did.t care and many people missed connections. The customer service at the airport desk was understaffed slow and rude. They we're not helpful in trying to get new flights booked and I felt like it was asking a huge favor even though it was Thier delayed flight that made me miss my connection."

Khuyết điểm: "I bought my ticket with Air Canadafrom Vancouver to Calgary then connected with Lufthansa from Calgary to London UK. Unknown to me I could not find the flight because it had been changed to an AC reference flight. With a very short time for the connection I did not know where to get my boarding pass as my flight with Lufthansa was nowhere referred to ! Not which gate to go . Why not put it in the ticket that Lufthansa and Air Canada work together and that both flights ref should show !! It would avoid a great deal of anxiety . Only offered 1 round if hot drinks over 9 hours ! Departure delayed by nearly 60 minutes"

Ưu: "Nothing"
Khuyết điểm: "The fact air canada booted me and my year and a half year old off the plane. They gave me no compensation for the fact that they did this. So not impressed I never made it to Montreal"

Ưu: "The hot dinner was good"
Khuyết điểm: "The pudding was poor, it was just a wrapped cookie. The movie selection was terrible! Most of the films were very old!"

Ưu: "great service from start to finish would use again"

Ưu: "No food given. Flight was delayed on the way there because a crew member called in sick -- making me miss part of my work conference. No entertainment on the way back to NL."
Khuyết điểm: "Would have preferred Westjet but they do not offer a flight from NL to PEI."

Khuyết điểm: "Very cramped like sardine tin. Not enough flight info boards in airport and they were hard to read m"

Khuyết điểm: "Horrible customer service from check in through to the flight attendants. Needed to download app on my phone for an international flight in order to watch movies. Was very unimpressed with the experience."

Ưu: "Staff all friendly and helpful, both at desk and in plane. Seats were pretty comfortable with sufficient leg room (I am tall), but if you are a wide person (or next to one) it would have been pretty cramped. Neither of my flights (to Newfoundland) were full so we all had a bit of extra space. Food was adequate but could be improved with fruit instead of dessert."

Khuyết điểm: "Connection was two short when flight was delayed 15 minutes would have missed next flight. Had to change to different later flight ended up getting into St. John at a very difficult time to try and find our way in a new place. Flew direct to St. John."

Ưu: "There were no issues on this flight. My screen worked and the flight was ok."

Ưu: "The staff"
Khuyết điểm: "No TV monitors and food was bad"

Ưu: "No wasted time, they load you up and get you where you want to be."
Khuyết điểm: "Be sure to gate check anything larger than a small backpack or purse. There is little room on board for carry-on's"

Ưu: "This was a boring flight which is a good thing, no drama, no mechanical problems, no weather problems. More leg room than an overseas flight."
Khuyết điểm: "There was some confusion during boarding."