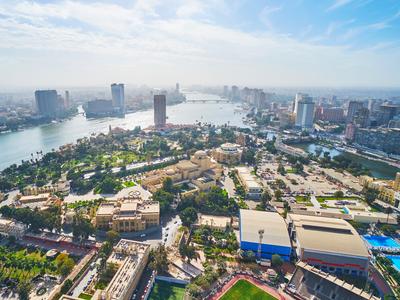 Ưu: "The seat. The BC lounge , the A380 BC. The food the service all ex excellent !"
Khuyết điểm: "The crew wasn’t friendly at all, not personal at all , I even brought chocolates all the way from California and only got a thank you from one cabin crew. Not friendly or personal at all"

Khuyết điểm: "Food we got was not promised. Drinks are not served or highlighted based on requirements"

Ưu: "Flight price and time"
Khuyết điểm: "There was no choice for dinner. It was only a fait accompli that eating from one category remained. When I refused, they did not respond to my request to replace the food. I refused to eat it. The host did not agree to replace the food,"

Khuyết điểm: "There was no complimentary toothbrush, and socks to wear like other international flights. To disembark from plane you have to go down stairs, which is not easy for seniors. And the same to board in the plane."

Ưu: "Nothing."
Khuyết điểm: "Too little space for carry on compartments. Seats are too tight and tiny, very uncomfortable, staff not interacting or smiling, food was disgusting and tasteless, the aircraft seemed old and was so incredibly noisy the whole trip, and the ventilation was too bad the smell was just old and rusty."

Ưu: "I was impressed they gave us a full meal for only a 3.5 hr fought"
Khuyết điểm: "Crew was a little rude"

Ưu: "Smooth ride"
Khuyết điểm: "The food wasn't great specially the breakfast vegetarian option . The staff should be more friendly and the options have a long layover"

Khuyết điểm: "Not happy with Etihad Checkin counter desk at Ho Chi Minh Airport. The person at the baggage drop off desk wasn't helphul at all. Being ignored for 30 minutes. I believe that this person needs to be trained in order to know who needs to be helped first as he worked at that particular counter for people who already Checkin online."

Khuyết điểm: "My family was unable to get seats together."

Ưu: "The flight was very quiet so I was able to lie down and get a good rest - I know this isn’t possible on every flight but it made the long flight a lot more comfortable. All of the crew members were very friendly and attentive. The food was really good and tasty (lamb curry I think it was) - best plane food that I’ve ever had. Good choice of new movies too."
Khuyết điểm: "N/A"

Ưu: "All were very friendly: at the airport and in the plane. Good food. We were well informed and in time!!!"

Ưu: "Everything was perfect...seats crew food accuracy"
Khuyết điểm: "Nothing"

Ưu: "Seats are more comfortable than Qatar. Staff was very friendly. They handed out more water than other airlines, which is much needed on the long flights."
Khuyết điểm: "They caused a lot of us to miss our connecting flights bc of hours-long delays. I had to stay overnight in Abu Dhabi. They put me up, which was nice, but I was sad to miss the first day of my work trip bc of it."

Ưu: "The food and the entertainment."
Khuyết điểm: "The information desk had a terrible attitude towards me - the customer, and when I tried to explain to them how disrespectful they were being they continued to disrespect me once again. Also, the worker at the counter was lazy and wouldn't do his required job. Also, the new update towards the tv makes it harder for me to pause the movie I am watching or to finish the movie altogether."

Ưu: "Main course not served in the Dinner. My wife asked to crew about main course they told to her it is completed I mean not available any more."
Khuyết điểm: "Improve the services like Dinner quality and snak quality. In the Airport there is big q for checking no one is controlled and guding about line."

Khuyết điểm: "When there is a connecting flight from Domestic to international, Domestic is letting us in without any restrictions on Cabin luggage but in middle of journey in Chicago they have really troubled all the passengers, mainly they haven't checked the baggage's untill we have boarded the flight though everyone is there before 2 hrs of the and i personally asked they if my bags needs any new tags but just before they pulled everyone from the line and screwed us. which is really bad."

Ưu: "I managed to find a MUCH cheaper deal through Kayak, cheaper than directly through the airline (£200 cheaper in fact!), which was a great start to the trip. I was emailed a confirmation that my booking had been accepted through the airline within minutes, and it was easy to workout how to check myself in. Then I had zero hassles on the flights, so I'm really pleased with the service. I was even lucky enough to have a whole row to myself on both of my flights from England to Australia, which on a +24hr flight can be an absolute godsend. Staff were all friendly even encouraging us to move to alternate seats given there was sufficient space. The air crafts were tidy and it was easy transitioning from each connecting flight. Absolutely no hassle at all."
Khuyết điểm: "The only points were that the inflight entertainment from Manchester to Abu Dhabi was a tiny step below standard but great choice in terms of films to watch, my second flight was on an A380 so there was an obvious difference in design standard between the 2 planes making the first flight less desirable, and the food was OK at best. On one of my flights I didn't eat the heated meal, any sides and only ate some of the dessert given the flavour was quite poor. An airline could do to raise the taste bar standard."

Khuyết điểm: "Seats in business class could definitely use an upgrade in this segment,.. not worth the business class premium vs. the longer segments"

Khuyết điểm: "The food was horrible"

Ưu: "I have been upgraded to business class which was something cool, doesn't happen a lot. The check in was really fast , and the man giving the boarding passes was really, nice"
Khuyết điểm: "The crew in the business class, were NOT up to the standards. Whenever I ask about something, they say ... I will come back, Yes they come, but after a while. When serving the food, they gave me the main course, without bringing the salad or appetizer, they didn't ask to bring or not, and I thought that it goes without mentioning to bring them. After finishing the main course, she asked if I finished, so I said yes, she took the whole tray, without asking or bringing the desert, which is again strange. before landing , I wanted to take a medicine, so asked for water, but they said to me we started to descent, and they didn't bring me water except after saying I needed this for taking medicine"

Ưu: "The crew are friendly and helpful."
Khuyết điểm: "The seats are way too small and cramped."

Ưu: "That we arrived safely"
Khuyết điểm: "The seat in the exit aisle was too upright and very uncomfortable. After paying for the exit row seat I expected a more comfortable chair. We were stuck in Abu Dhabi for nearly 2 hours on the runway waiting for take off even though all passengers boarded early."

Ưu: "I like the Islamic programs, nice food, nice pillow"

Khuyết điểm: "Crew doesn't interact with the passengers at all. They act very snooty."

Khuyết điểm: "The crew seemed to be new or something else happened but they ran out of food to serve, so they handed out bread rolls and soft drinks which then sat on our trays for the majority of the flight."

Ưu: "I like the crew but at Abu Dhabi airport custmer service is poor I lost my scarf at airplane it was too complicated to get it and I was running out of time so I left it"
Khuyết điểm: "I did not like the food now befor it was good it seems it is for vegetarians only it was Ramadan and they should take. care of that overall it is a good air line mostly I travel with Etihad seats are smaller"

Khuyết điểm: "On flight, the staff seemed to care little for even the smallest of request. On a 15 hr flight from Abu Dabhi to Chicago, I asked twice for coffee, once for juice and once for sandwich, and each time the staff told me to wait, once they were busy, once they were going to serve food in 45 minutes and once the sandwich was put away (I repeat, "put away"). My wife asked for mango juice, and they said, they do not have any left, they only had apple and orange juice. Within 10 min when they replenished the cart, they had mango juice. It seems that they were just plain lazy to do even to cater to the smallest request."

Ưu: "Suits were comfortable...airline not only provided blankets but socks and eye covers for naps."
Khuyết điểm: "cabin crew members were somewhat rude. movie/tv selection was not that great"