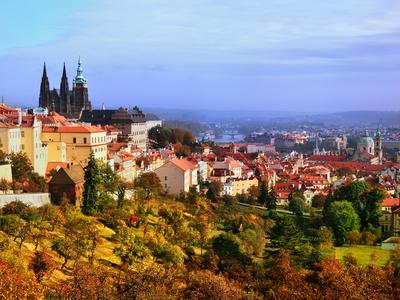 Ưu: "They cancelled the flight"

Ưu: "The crew is very friendly and helpfu; the space between seats is noticeably larger than usual"

Ưu: "Service was okay."
Khuyết điểm: "Could have been more customer focused!"

Ưu: "Qatar is the BEST First Class airline in the world."
Khuyết điểm: "Everything was amazing!"

Ưu: "The crew was super nice"
Khuyết điểm: "Food. Usually I have had no complains with food in Qatar but the chicken dinner/lunch was really bad this time."

Ưu: "All except the food"
Khuyết điểm: "The food"

Ưu: "I really appreciated that my bags were not lost"

Ưu: "The supervisor on flight Doha to Charles de Gaulle was very helpful and knowledgeable. He explains to me th e process of how to help a person who is having a big problem to walk , Qatar Airways has a special service for person in needs of wheelchairs . Thanks a lot to that gentleman."

Ưu: "Short 4 hour flight, full - not one open seat Yet, the crew was super nice and efficient."

Ưu: "From the ground crew to the flight staff, everyone was superb! Keep up the good work!"
Khuyết điểm: "I can't think of anything to make it better."

Ưu: "Movies and onboard games were good. So was the food. Crew took good care of us and the toilets were clean"
Khuyết điểm: "We couldn't lower the seats backwards. It was horror for eight hours. And one little tv didn't work but they gave my wife a diferent, better seat because of that. We had a long layover, 12 hours, and they said we didn't have rights for anything. So we went to the city on our one because we didn't want to go on organized tour that we need to pay extra money"

Khuyết điểm: "Entertainment for a 4 hr flight was terrible"

Ưu: "I got an aisle seat. Bathrooms were not bad in terms of cleanliness."
Khuyết điểm: "Service was ok. I was forgotten to be served items that other passengers were given. Seating ended up being kind of cramped as passenger in front was relaxing a bit too much. Entertainment was ok."

Ưu: "The crew was awesome had the most caring crew anything you need thier there to make us happy I’m absolutely happy"
Khuyết điểm: "I dislike the economic class on a 19 hour journey to Doha to Dallas Texas I felt so tight and annoyed with people next to me when asking to go to the bathroom that’s my mistake next time I surely will go on bussiness class other then that everything was great."

Ưu: "Very polite and friendly crew. Very helpful."
Khuyết điểm: "Did not have the duty free item I wanted in stock"

Ưu: "I loved the service. All of the attendants were really nice and helpful."
Khuyết điểm: "My tv on both 12 hr and 8 hr flights didn’t work well and the food wasn’t the best. Also they ran out of food options when they got to me twice."

Ưu: "everything"
Khuyết điểm: "Nothing"

Ưu: "Crew"
Khuyết điểm: "Preboarding area had no bathrooms. Boarding process was erratic with conflicting calls for zones. Discomfort with people bumping you as they walked down the aisle..toilets unkempt. Exit row USB port misaligned with seating area, so my USB cable bent and broke."

Ưu: "I like everything about the flight"
Khuyết điểm: "Everything was ok"

Ưu: "nothing"
Khuyết điểm: "my flight was delay 24 hours"

Ưu: "childrens meals and play packages. service was good, and bathrooms were kept clean. The meals were tastey and fresh."

Ưu: "i liked that the entertainment system had a lot to offer, lots of movies and options. I liked the staff, they were very cooperative and friendly."
Khuyết điểm: "the flight was delayed 45 minutes, passengers were waiting in a non-air-conditioned aircraft. The AC was working after takeoff. The airplane chairs were small and no leg room, on a 7 hour flight to Barcelona that was exhausting! Couldn't manage to get some sleep at all. Overall, at least I arrived to my destination safe and sound. Thank you!"

Ưu: "Great selection of movies and tv shows"
Khuyết điểm: "I had to ask for everything. Crew members kept passing me by for food service and drink service even though I was awake. I had to tap/call them each time they passed by. It turned into a joke among me and the people sitting next to me. Entertainment screen is too dim even on highest brightness setting"

Ưu: "If you can book Qatar Airways at a price competitive with any other major carrier then absolutely do - incredible service, plane, food, and overall experience that far exceed the competition."

Khuyết điểm: "I did not like the entertainment because it did not work well!!!!!"

Ưu: "Crew was exceptional and in-flight entertainment options superb. Meals were well apportioned and delicious."
Khuyết điểm: "Seats were a little narrow, especially the middle ones but to be expected when flying economy."

Ưu: "Punctuality"
Khuyết điểm: "Food quality - lot's of sugar in child meal. Entertainment system slow. We were forced to move the seats into upright position half an hour before landling on a night flight."

Ưu: "Stewardesses were more helpful on this flight than we had experienced on the previous flights. However their resources were limited. landed safely."
Khuyết điểm: "Food on the four different flights (from DFW to Doha on to Cape Town and then from Johannesburg to Doha on to DWF) was not good at all. Timing of meals, food all below expected. One flight attendant trying to serve both meal and drink to each person took a lot of time. Snacks offerings were almost non-existent. Those of us traveling on three connecting flights with no time to purchase food nor water had a rough time of it. Would not fly Qatar nor connect in Doha again unless absolutely necessary."

Ưu: "Crew was great; plenty of space to stretch out"

Ưu: "The flight crew was great. They were very kind."
Khuyết điểm: "The biggest problem with my flight was it was very crowded so it was hard to get comfortable for such a long flight. I wish I can afford first class but I can't."

Ưu: "Once I made it to my seat, easily slipped back into a meditative trance."
Khuyết điểm: "Unannounced delays. Waited in a line, then another one. Probably just different security protocol than I'm used to."

Khuyết điểm: "is it true that Qatar treats the passengers coming to US differently than the passengers going out of US. I noticed that the crew was giving menu cards for dinner when coming back to US. Food quality is very ad, quantity is small also. same story with snacks. they don't offer enough food overall. The crew should be trained better for int'l passengers."

Ưu: "Everything was quite nice. The TV screens were working for all the seats! Though I did not give my meal preference earlier, they still accommodated my request. Doha airport is quite nice and modern. Crew was helpful."
Khuyết điểm: "I wish Quatar had a direct flight between Chicago and Indian cities such as Delhi and Mumbai. I can understand that Doha is their hub, but such a flights would be really good for me as I always want to reduce my layovers. (I noticed that most travelers in my Delhi to Doha and Doha to Chicago flights were Indians, hence my request makes sense.)"

Khuyết điểm: "Seriously, the service of Qatar Airways was horrendous in Uganda. Ridiculous. Could NOT give a worse review. Would 100% NOY recommend this airline. EVER."

Ưu: "The service from the crew was amazing"
Khuyết điểm: "The food was not bad compared to some air lines"

Ưu: "Qatar Airways is a nice airline and it's obvious they work on making your flight a pleasant experience with a lot of food, entertainment, etc"
Khuyết điểm: "My flight was delayed 4 hours upon initially arriving to the airport. While it was important for me to be there when I found out this information because I needed to reschedule my connecting flightso due to the delay, this should not be required. Qatar Airways, knew the flight was going to be delayed at least 10 hours before they announced it. They should have already began the process of rescheduling connecting flights and figuring out problems before passengers arrive to the airport. I probably spent 45 minutes at the ticket counter working things out."

Ưu: "I usually don't need a lot in the flight, just to kill some time. With Qatar, it was easy, your own entertainment screen with a huge selection of content. Plus the seat was very comfortable and wide, a lot of leg space. New aircraft. what more can you ask?"