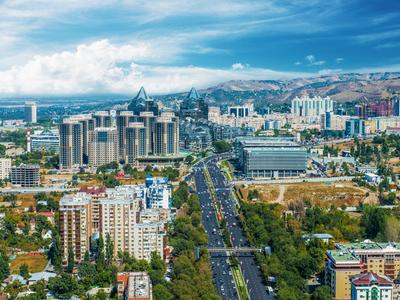 Ưu: "Same as the San Francisco to Istanbul leg. Great experience, just the effect of the flight delays and missing my connection."
Khuyết điểm: "Better communication and assistance with luggage. I was told that my bags would automatically migrate to my new flight the next day, but they didn’t make it, and I am now in the process of finding them."

Ưu: "None"
Khuyết điểm: "I didnt like this flight at all. I got delaied 2 hours at the turkish airport plus the 7 hours lay over, total 9 hours, the gate travel service didnt give us any reason for the dealy, the customes gathered us in a small area where there is no seats and the bathroom was smelling so bad, we were stsrving and not even water been served to us, i missed my ride to the hotel in Amman, and missed my work breakfast orientation."

Ưu: "Airplane was clean, well-stocked with blankets and pillows, good in-flight entertainment. Staff was friendly and the flight was not crowded which made for a more comfortable experience."
Khuyết điểm: "Limited meal options for someone with food allergies."

Ưu: "Not much. The plane didn’t fall apart? I wasn’t poisoned?"
Khuyết điểm: "The seats barely recline, the food is heated garbage, the movie options are few and stale, the flying and landing were amateur-level and vomit-inducing, and the service is curt at best."

Khuyết điểm: "I nearly missed my connecting flight because of how poorly organized Ataturk airport is. Disembarking was extremely time consuming; there were few signs instructing connecting passengers where to go; and the employees of the airport were extremely unhelpful and gave conflicting information. I made my flight with only minutes to spare after going through two security and passport checkpoints and sprinting an entire wing of the airport. I will never fly through Ataturk (or anywhere in Turkey) again."

Ưu: "Like the personalized service and the extend that the crew spends time serving each meal."
Khuyết điểm: "The first drink service after offering juice/water needs to be better. They put up bottles but do not go to customers checking for drinks. Due to delay in takeoff we were sitting on tarmac for 40 mins. I saw people being served but several people did not. Should make the process more formal. Also serving nuts or pretzels to go with the first drink would be nice."

Khuyết điểm: "How one of the crew deal with my little boy when he walked on the plane because he felt boared"

Ưu: "They boarded on time, took off on time, and the service was friendly."
Khuyết điểm: "Nothing really."

Ưu: "Flight was on time, great cabin crew."
Khuyết điểm: "Seats and Food was not as good as it used to be."

Ưu: "Entertainment and crew were helpful"
Khuyết điểm: "Food messed with my stomach."

Ưu: "The landing."
Khuyết điểm: "My special meal had been canceled."

Ưu: "The food, when you get what you ask for, isn't bad"
Khuyết điểm: "Rude attendants, running out of food frequently, not getting options, intermittently working entertainment with poor choices."

Ưu: "Everything is Fantastic"

Ưu: "Easy to board, friendly, good food."
Khuyết điểm: "It was too hot inside, the air was on but not very high maybe 76-78. Could not sleep because it was so uncomfortably warm"

Ưu: "Too many check points at boarding and big lines at transfer"
Khuyết điểm: "Food, service and very mean crew."

Ưu: "The flight was smooth"
Khuyết điểm: "They had rotten food and didn't even tell us when serving would begin. Also they lost our luggage in spite of having our tag #. How does an airline not put a tag on a bag and give a bagage tag to a customer. ?? And after going on a cruise with one Carry on and everything Lost they don't even give us an allowance or a normal kit for toiletries and no one answers our questions. All the calls go to the call center that has no idea about how to track a bag. There are no managers to help and the customer service stinks"

Ưu: "Smooth ride"
Khuyết điểm: "Lack of air conditioning made it hard to breathe coupled with cramp seating made it unbearable"

Ưu: "Staff was extremely helpful and responsive. I like that plane is clean, and many plus, very good entertainment. I love that it is non-stop from SFO to Istanbul. Food was superb!"
Khuyết điểm: "As usual check in and boarding is horrible with Turkish Airlines. I have used Lufthansa, British Airways, Air France, et had not trouble with them. Why is it so hard to improve this in Turkish Airlines. No charger for computer even during 13 hours flight?"

Ưu: "Flights were on time; Crew was pleasant - asked for water and was provided in a minutes; Pilots were great, they have landed smoothly"

Ưu: "the boarding agent was very helpful and professional"
Khuyết điểm: "no entertainment items such as TV"

Ưu: "Impressive design of the cabin, especially the extra large WC. Wonderful staff. Food was exceptional and plentiful."
Khuyết điểm: "Need a bit more leg room in economy. The seat width and cushion was excellent, but when the person in front of me reclined, I could barely get out of my seat."

Ưu: "As usual on Turkish Airlines, the crew was very friendly and helpful."
Khuyết điểm: "The entertainment system on the plane was not working. They woke people up to give us dinner at 1:00 am (Almaty time) and again for breakfast more than 2 hours before the flight ended. Let people sleep!!"

Ưu: "The inflight service was wonderful. Business class comfort is excellent with full lie flat seats, Crew was attentive. My special vegetarian food was very good using the usual airline fare I receive."
Khuyết điểm: "The arrival into Istanbul was marked by a major inconvenience unnecessary anxiety, extra expense and frustration. On deplaning from a flight from Barcelona, a Turkish Airlines employee was checking boarding cards the connectivity flight and directed people to the appropriate exits for domestic and international connection. We had a connection to JFK and tried to enter the exit for international connections. She insisted that we go to the domestic exit despite my telling her we had an international connection. This led to passport control which had never occurred to me anywhere in the world when making an international connection. Next problem - I was told I needed a visa! My travel partner did not need a visa and was already through passport immigration control. The officer did not speak English and pointed in the direction I needed to go to get a via. I told him I did not want or need a visa but that was it! I started to look for the visa application area and there was no staff or anyone to help. Finally I found 4 kiosks for e-visas - only one worked. 20 plus dollars later I had the visa and immigrated. We quickly reverse the process and went though security and passport control to get back inside the international terminal. It was nuts! The boarding in Istanbul was crowded and chaotic."

Ưu: "Timing, schedule is well arranged. Staffs are helpful"
Khuyết điểm: "Every time, the breakfast are omelette??? Its taste was terrible. I flew a two-way flight and got 4 omelettes. And once it messed my stomach."

Ưu: "There was a real good meal included on this relatively short flight. The crew was friendly. Best airline I've experienced in a while. ."
Khuyết điểm: "Too little leg room. My knees touched the seat in front. Boarding was a little weird. It was announced that families with children etc were to board first. But then the groups were not called when each of them started boarding (or was that the flight to LAX? Anyway, only a minor thing)"

Khuyết điểm: "My seat was terribly uncomfortable. The airplane temprature was really low that it made me so sick. I had a missing luggage where i did not hear any updates from Turkish Airlines for 5 days. I ALWAYS fly Turkish Airline internationally when going to Turkey. But after my last experience, i am not so sure"

Khuyết điểm: "The aircraft wasn't properly cleaned prior. The seat pocket was filled with garbage."

Ưu: "Was lucky to be upgraded to Business and enjoyed the premium service and convenience . Being upgraded from time to time is the reward for loyalty and I appreciate the recognition"

Ưu: "Everything is high quality but the airplane interior. It's in need of some updating."
Khuyết điểm: "See above"

Ưu: "the food was amazing and the people super nice! it was my first time using Turkish airlines and i loved it!"

Ưu: "Everything..the crew the seats and everything."
Khuyết điểm: "Nothing."

Ưu: "The staff was disorganized The boarding slow and the computer was the workings same as above"

Ưu: "Very pleasant and accommodating staff."
Khuyết điểm: "Very short flight. The meal service, while very good was quite rushed for the short hour flight. I barely got my food before the trash came around to be collected."

Ưu: "The service was great. The flight attendants are professional, accommodating and very helpful. Inflight entertainment is great."
Khuyết điểm: "The temperature runs high on most Turkish Airlines flights that I have taken, especially the red eye flights. Every time that I have flown from Istanbul to Almaty, the plane is hot and people are sweating. This time I asked for the temperature to be adjusted, and after about 4 times, I finally felt a bit better - but still not comfortable. I don't know if this is a malfunction, or an opportunity to save money?"